At Montréal in Canada 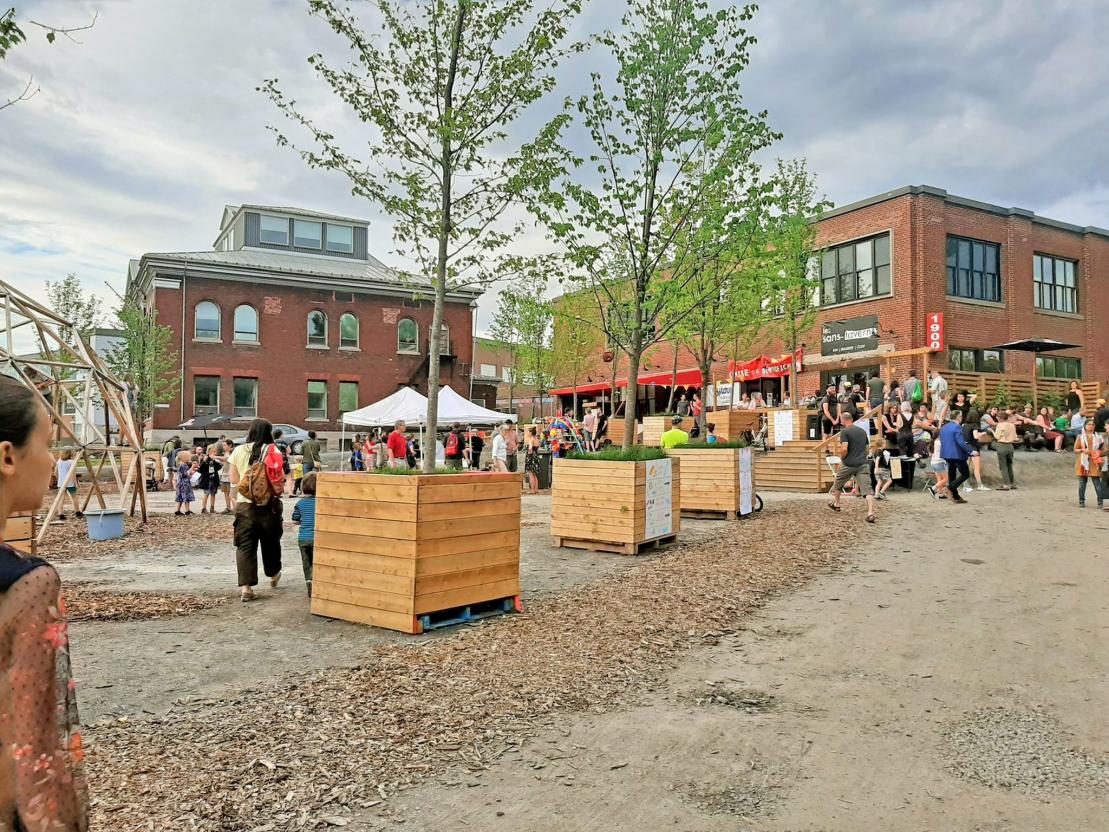 Designed the “Place du marché” – a public space located across from the Bâtiment 7 Community Centre in Montreal. This project was supported by ASFQ via the Urban Solidarity program and was designed by volunteer architect Julio Cardenas. B7 is a heritage industrial building that, following 10 years of neighbourhood mobilization, became the emblematic gathering place for an engaged community striving to disenclave the Pointe Saint-Charles district, known as one of Montreal’s most disadvantaged neighbourhoods. The space is self-managed by the Collectif 7 and now hosts several services and activities including a grocery store, brewery, artistic creation workshops, and vehicle- and bike-repair workshops. The ground in front of the building had to be decontaminated from industrial waste prior to being handed over to B7 to be permanently restored. The temporary project experimented with the future installation of removable, re-installable components produced from recycled materials provided through the organization’s circular-economy program. Several areas were set up to eat, watch shows, relax and let the kids play. The first activity organized in the building was the Summer Festival on June 21st. 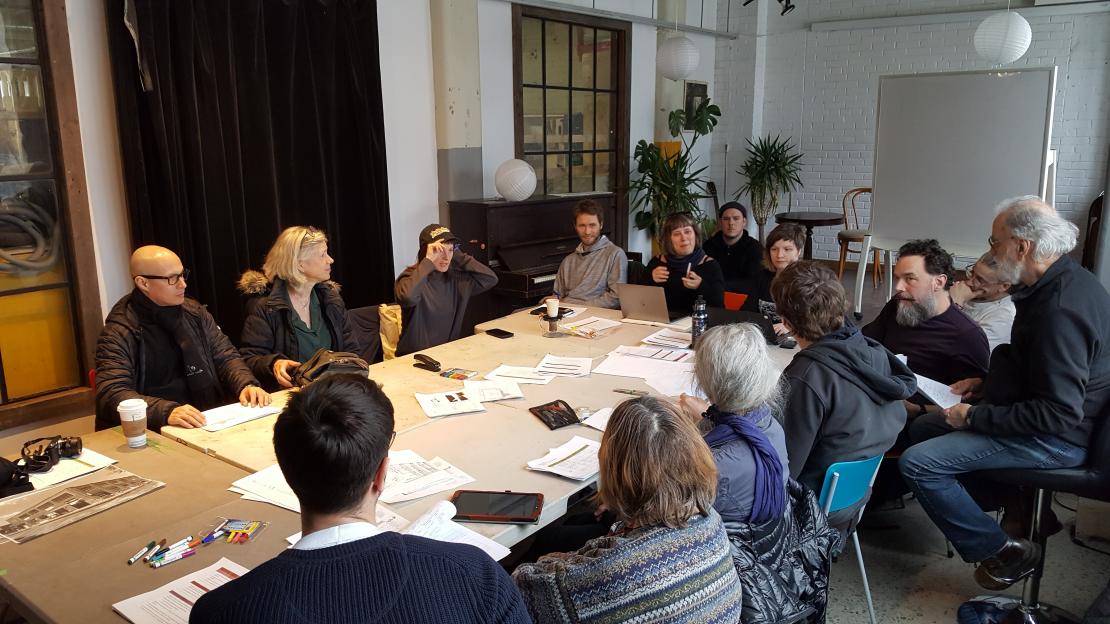