At BOBO DIOULASSO in Burkina Faso 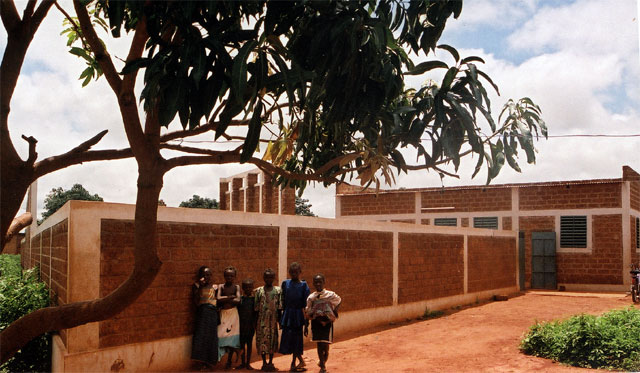 Because of its geographical position, Bobo Dioulasso is intrinsically a place of encounters and a carrefour of exchanges between different peoples and cultures.

Here three local associations of artists, Badenya, Sanyon, Farafina Yeleenba together with the Italian organization Koron Tlè, decided to respond to a need of the city by planning and finally realizing a center for education where they could assist and prepare local artists, which are a unique resource to the entire country.

ASF-Italia was invited from the start as a partner to share ideas on the definition of the architectural project, which was expected to be discussed and realized in the same interlocutory, cross-cultural way as the educational project itself.

The site hosting the intervention has a triangular shape andit is located in the periphery of Bobo Dioulasso. The architectural project makes use of a traditional Burkinese spatial structure: it revolves around a few courtyards and open spaces that are functionally independent from each other to guarantee the maximum flexibility in use. This arrangement also allowed the center to be built step-by-step during separate phases, according to the discontinuous fluxes of financial resources. The first phase concentrated on the working space for artistic activities: a large rehearsal room with an open courtyard, fitting rooms and an office. The second phase consisted in the construction of housing units, a building with a kitchen, dining rooms, an office and other small facilities.

12 housing units for teahers and students are organized around one open space and are connected to it through small wooden porches. In order to facilitate cross ventilation and climatic comfort, a small elevated loft was arranged in each unit.

All the building were realized with a concrete structure; walls are made in pierre taillée – earth blocks obtained by mining. This very traditional material was coupled with concrete to increase the overall structural quality of the construction. 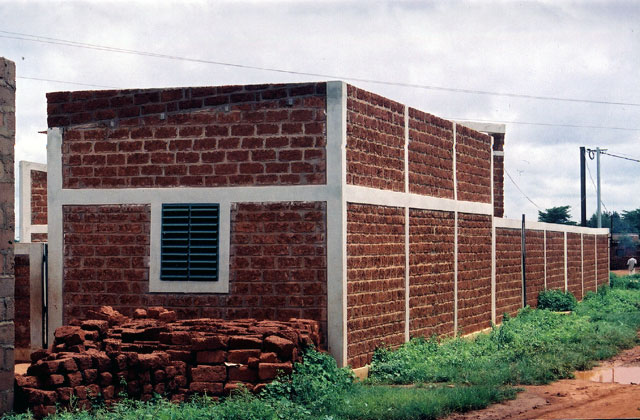 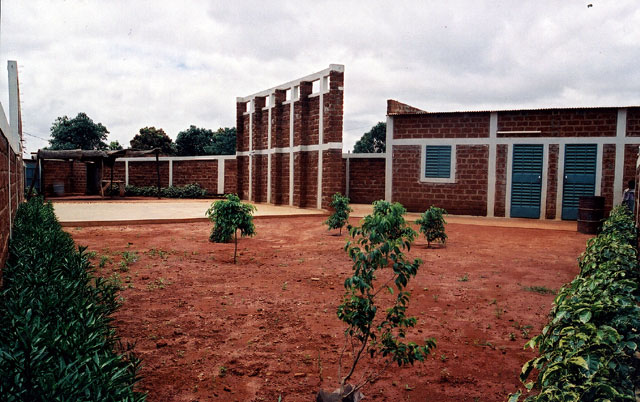 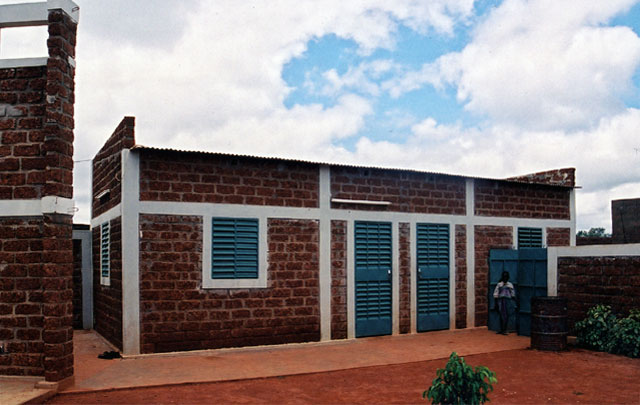 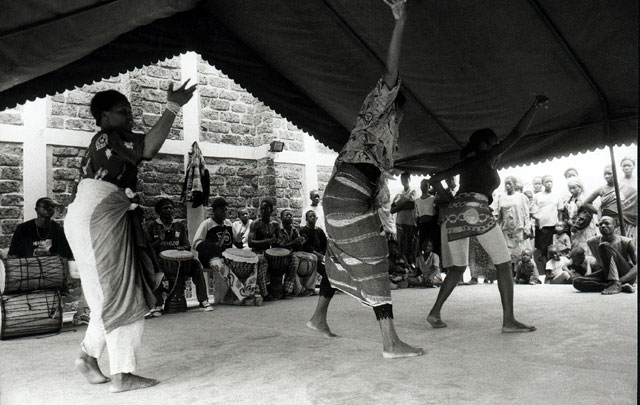